What’s in a name?

Posted on March 19, 2012 by alicethroughthemacrolens 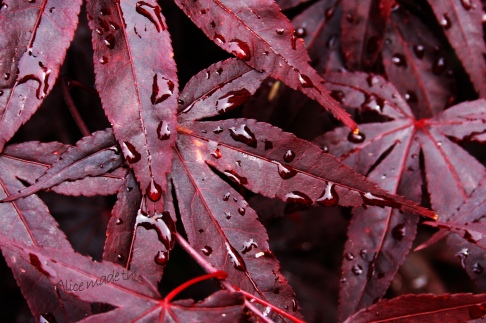 I have a friend who I hear from on a reasonably regular basis. But in all the times we have spoken, he has never once pronounced my name correctly. It’s not a massive mistake – I mean he doesn’t call me Gertrude or Bertha or Tracy or whatever – but he never says my name right. And to be honest, it really bothers me!

Granted, my name is not common, but it’s not unheard of, and it only contains two syllables.

As you are aware from my “about” section, my name is not really Alice, and I’m not going to share what it actually is here. But let’s say, for the sake of argument, my name is Jane.

He calls me and starts the conversation with, “Hello, Jean?”

I kid you not! (except about the actual name itself).

Bless his soul, and he’ll know who he is if he reads this … but it has become so frustrating to me. I know it’s not intended to be disrespectful or insulting, but I do think it feels that way – especially when it happens so often.

Misspelling I can deal with – my real name does have an unusual spelling, so I can generally forgive people for spelling it wrong. Oh, except on formal documents, like my “Little Ducks” swimming certificates, my Dean’s list plaques, or my replacement birth certificate (yes, they did!). Then it just pisses me off.

I had a headmaster who mispronounced my name for the entire four years of junior school. I was a pretty bright student, so I was called up to the stage quite often on Prize Days to receive my Observer’s Books of whatever, and it always caused a few sniggers to be heard from the floor. But that made no difference to him.

Perhaps as a result of my own experiences of having my name slaughtered on a seemingly regular basis throughout life, when I started teaching classes myself, I made a point of learning each student’s name as quickly as I could AND making sure I pronounced it correctly. It was interesting to hear, especially from some of those who had more unusual names, how much they felt included in the class when they felt the teacher had at least bothered to learn that much about them. Remembering someone’s name means you’ve listened to them … which can, in turn, be interpreted that, at least for that brief moment, you showed some real interest in them.

Someone tried to point out to me once that, according to Romeo and Juliet, “a rose by any other name is still as sweet .” And I appreciate that I am exactly the same person whether you called me Sally or Francesca or Edward (although if you call me “babe” too often, I just become the Harpie from Hell…).  But when Juliet was waxing lyrical about roses and sweetness, she knew exactly what Romeo’s name was – she just wished it was something else. She didn’t keep getting it wrong!

Maybe, I’m just getting over-sensitive in my old age, but I think it’s important to get it right, and I occasionally recall another of those fleeting conversations I had with some bloke on a first date:

” Ahhh, Jane, Jan … what difference does it make?”

No second date then?

One thought on “What’s in a name?”