Posted on March 26, 2012 by alicethroughthemacrolens

Forever being mistaken for a Wasp – swatted away by picnickers, screamed at by jammy-mouthed juveniles, and cursed by many a mistaken rambler. But, unlike the miserable, treacherous, sociopathic Devil’s spawn that is the Wasp – Miss Marmalade wouldn’t hurt anyone, unless of course, you’re an aphid. 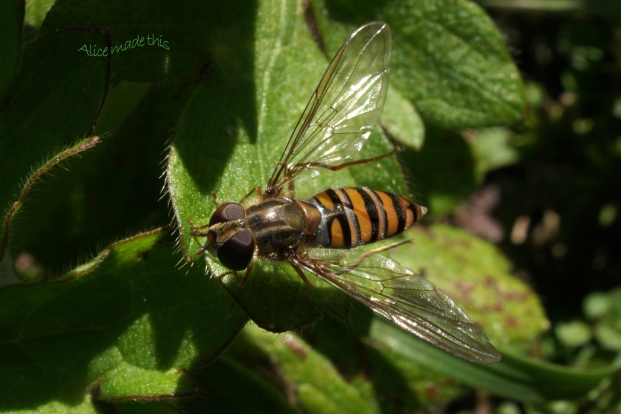