Posted on April 11, 2012 by alicethroughthemacrolens

Disclaimer: those who generally visit this blog for the pictures and/or the light-hearted witticisms should bypass this particular post… 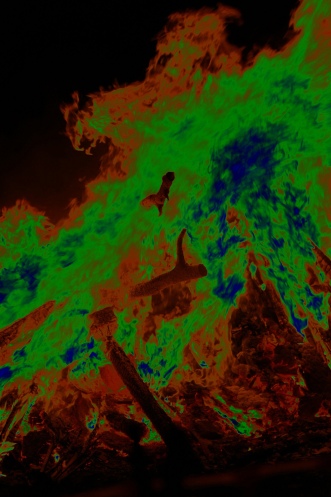 Last night can only be described as surreal to the extreme.

Suffice it to say, it involved pills, purging, pain, and an all-night trip to the emergency room.

Surreal Day part 1.   I’m not sure I could accurately describe the experience, because I’m torn between writing about it in order to achieve some personal therapy, and being aware of the potential eyes that could read this post. So I find myself thinking of ways to express myself more cryptically than graphically. Forgive me for that…

The only way I can relate last evening’s events is to say that, one minute I felt like I was very casually observing myself do something very, very stupid (although, surprisingly and frighteningly easy) … The next moment I found my self back inside myself, and confronted with the enormity of the action I had just taken.

It was suddenly important to undo this right now!   But, panic began to set in when, despite a previous history of bulimia, this well-seasoned purger realised she couldn’t chuck the f—ing pills back up again! Try as I might, I retched until my chest burned, but nothing came back.  Then the adrenalin began to rush. I thought about what small lessons I’d learned from years of upchucking, and none of them bode well for my imminent health. Lesson One is that generally a person will only vomit half of what they consume. (This is the reason I would gain weight when bulimic – “binge” 5,000 calories, minus “purge” 2,500 calories, still equals twice your daily required intake – duh!). Lesson Two is that, contrary to expectation, what goes down last does not come up first. This basically resulted in a very frenzied few minutes when pills weren’t forthcoming at all, along with the knowledge that I could probably only hope to expel half of what I had swallowed.  Added to the stupidity of all this, somewhere in my cloudy distant consciousness was an awareness that the pills came from a bumper tub of Walmart’s “Equate” range – a no-frills lot, without sugar coating or any other pharmaceutical cosmetic enhancements that may slow down their dissolving speeds. Therefore, by now they had probably started fizzing and were going to taste disgusting.

Luckily, I managed to finally get to them, and having expelled as much as I thought I could, and feeling very woozy and light-headed, I called the Crisis line again. I was sent to an answer machine four more times over the next five minutes, before I finally reached a real person, who, after initially greeting me with a bizarrely humorous attitude, suggested I drive myself to A and E.

To cut a long story short, I went to my neighbour, who refused to allow me to drive, called an ambulance and agree to “invite” my son to their house for a sleep over while she accompanied me to the hospital.

Anyone who ever thinks pills are an easy way …. think again!  Despite eventual blood tests showing I had indeed managed to purge the majority of my poison by the time I got to the ER, my stomach was retching and cramping like a bitch, and my head was feeling the impact of an internal wrecking ball. It still is. I can only imagine the effect of a more successful effort.

Released to return home at 6am the next morning, I attended the appointment that at been brought forward to review my circumstances – leading me into Surreal Day part 2:  The senior nurse practioner was joined by a woman observing the session from another team. I have no idea what side of the bed he woke up on this morning, or whether his normal interviewing technique was to play Devil’s Advocate – but when I revealed the events of last evening, he was seemingly quite angry with me. First, he told me off for “doing this” when I knew I had an appointment this morning, and berated me for not waiting it out. Then he ranted about the trouble my actions had now caused – not because I had participated in an act of stupidity (which I cannot deny); but because I now no longer fit the criteria for assistance from his team!

The National Health Service has apparently revamped the Mental Health system, and the emphasis has shifted from case management of individuals to team allocation of “types” or “levels” of mental health issues.   The team I had been allocated to – his team – is designed to work with “mild-to-moderate” mental health clients. Their policy is to deliver treatment reviews and therapy support only. By doing what I did, I have obviously now placed myself in a category beyond the remit of this team – so now, what did I expect them to do about that?

I was then subjected to what felt like a barrage of criticism from him:

Didn’t it occur to you to wait for this appointment this morning? Didn’t you stop to consider other options? Don’t you have any friends you could have called? (no). Family? (no). Neighbours? (no). Partner? (no). Work associates? (No …. and no, no, no to anyone else you feel like throwing at me!). Why didn’t you call Crisis? (I did, they didn’t answer – several times). So everyone else is to blame for your misfortunes? (I never said that ). Are you trying to tell me, you don’t have any close friends? (He really said it exactly that way!) (no – no-one I would put this kind of situation on).  Right … and HOW long have you lived here? (Ten years…. What has that got to do with having friends?)  Just seems a bit strange …

By now, I was flustered, VERY self-conscious, and frankly, a little baffled …. OK, scratch that … I was in pieces. Perhaps the fact that I had had no sleep yet caused me to feel quite fragile, but when he said, What exactly were you expecting us to be able to do for you now? I responded that what I didn’t expect was to be told off by some patronising arse, who just seems to be determined to chew me out like a stepchild.

At that point, the observer lady asked if she could look at my mood charts that had been sitting in my lap. Along with that, she read a printout of my previous post from this blog, and pointed out that perhaps I didn’t have a particularly typical life history. She also questioned the seven indicators of “crisis” I had marked on the charts – and was able to confirm these were times I had sought help but had not received any.

In the end, my new nemesis said he was going to discuss the situation with the psych who made the decision to suspend any treatment for three months, and he would look into some other options. He also said he didn’t mean to sound like he was telling me off, and gave me a website research some CBT self-help. I walked out with a “whatever,” and several choice mutterings under my breath.

Two hours later, I answered the phone to a very amicable nemesis, saying he has arranged an appointment with said psychiatrist himself on Friday morning and is currently in the process of arranging some direct home support.

Oh, and I have taken all the pills in the house to the chemist for destruction.