Posted on April 25, 2012 by alicethroughthemacrolens

Yesterday, when I posted the poem Divided we fall I had a lot of trouble trying to add a picture to go with the poem.

I was trying to be a bit arty – and lateral thinking – by putting a picture of oil and water (never mix, therefore always divided …. get it?)

Anyway, the Computer-god thought it was a rubbish idea (as I do now!), and made it so difficult to make it look relevant that I gave up in the end and removed it.

As it happened, I still think the mixture of oil and water, despite them being unmixable, can result in some beautiful effects in the right light.

I took a few pictures of a muddy puddle after some neighbours had been working on their car nearby. The petrol (or the oil or the diesel) had evidently leaked into the puddle, and I couldn’t resist capturing the effects. I did  “apply image” to deepen the picture to start, and then fiddled with and pumped up the saturation to produce the following pictures.

Nowt wrong with a bit of abstract, in my opinion …. 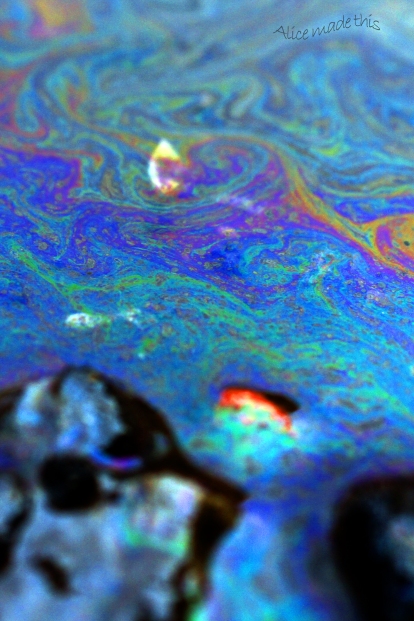 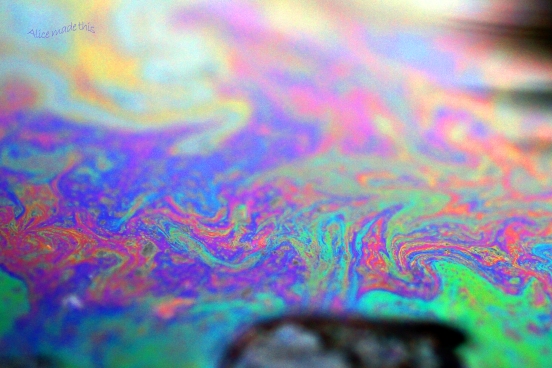 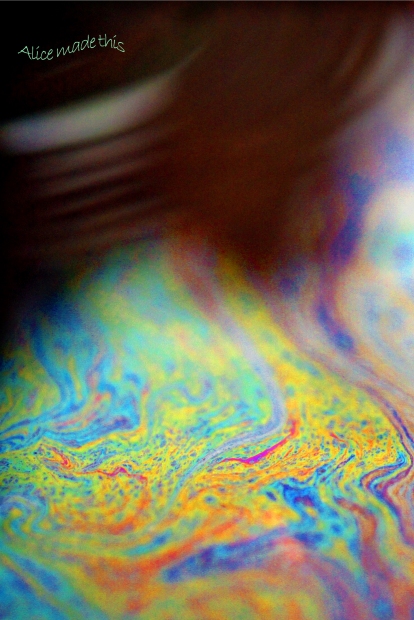 11 thoughts on “Divided we … make rainbows!”