WPC: Letters and the Start of an Anti-Ansel Adams Series

Posted on April 25, 2014 by alicethroughthemacrolens

Scroll down to the bottom if you’re looking for the Photo Challenge picture. (I call it “Lost Ball. It’s the only one I have with letters on at this time!)

For those who are new to the name Ansel Adams, he was an American photographer and an early version of a conservationist/environmentalist, who spent many years capturing the wild and wonderful landscapes of the Americas and particularly renowned for his photographs of Yosemite National Park.

His approach to photography was one of patience and enormity. He worked almost exclusively in black and white, and his noted contribution to photography (as we are often being reminded in photography classes) was the idea of “pure” or “straight” photography, using tiny apertures and very long shutter speeds. He founded “Group f64” with Edward Weston in 1932 and incorporating eleven well established photographers all using this approach to photography. This technique resulted in majestic landscapes with every part of the image, from foreground to the furthest subject (often a mountain peak) remaining in sharp focus. If you want to learn more, have a look here or here.

Anyway, back to me.

While I’m all for magnificent, powerful, vast, landscapy, black and white images, I have neither the patience, the time, the money, the transport, the knowledge, nor the tripod to reproduce one. So I have honed my own little niche, which I will christen the “Anti-Ansel Adams Series.” Not anti as in “against” or politically or personally opposed to.” In this case, I mean anti as in “kind of the opposite of.”

Basically, the photographs that I will induct into this exclusive domain will be produced using a cheap camera, with a cheap macro lens extended to its fullest extension, so that generally it will be no further than a couple of inches away from the subject it is pointed at. The shutter speed is set at “really, really fast”: minimally 1/500 sec and most likely between 1/1000th sec and 1/4000th sec. This is mainly because I do not possess a tripod, and when I’m thrusting my handheld camera into the face of an insect or a stinging nettle patch, it’s better to get things over with quickly.

Autofocus doesn’t work under those conditions, so I generally just edge the camera lens towards whatever takes my fancy until something looks “kind of interesting” on the LED screen (keeping in mind that the laser eye surgery I had ten years has now worn off with interest) and click the button with the index finger of the same hand that is dangling the camera.

The result is that, if I’m lucky, just one tiny bit of the picture will be in focus, and the rest will swirl around the rest of the frame in a very “painterly” style.

So, that’s my approach to photography.

Please feel free to join me next week, when I’ll describe my “Anti-Isambard Kingdom Brunel” approach to bridge-building (just kidding!) 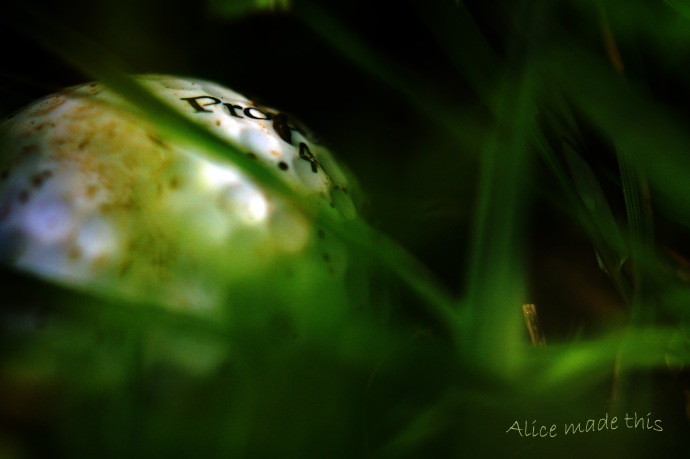 Click on the picture for more clarity – or not, as the case may be!

15 thoughts on “WPC: Letters and the Start of an Anti-Ansel Adams Series”